Robotic technologies have the potential to completely transform conventional agriculture as we know it – not just the hardware and software in common use, but the very fundamentals of farm business.

This was the take home message from Sam Watson-Jones of the Small Robot Company, speaking at last month’s Institute of Agricultural Management (IAgrM) conference in London. Mr Watson-Jones, from a Shropshire family farming background, has raised £2.5m in funding for his company in the two years since it was founded.

Digitalisation has already transformed areas such as office functions and telephony over the last 25 years, but it hasn’t yet changed agriculture to the same extent. But digitalisation will change farming, and it will require a fresh mindset for successful adoption, Mr Watson-Jones stated.

While the industry has started to embrace digital technologies, they have yet to start reducing the cost of farm mechanisation – one of the major profit sapping features of modern agriculture. Digitally driven robotics has the potential to manage crops at the individual plant or square meter level, he argued. 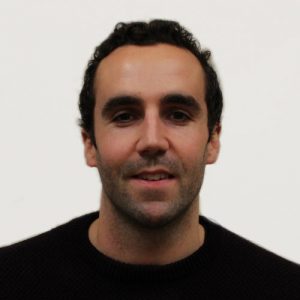 Mr Watson-Jones envisages a multi-level approach to future agronomy – what he terms the Tom, Dick, Harry and Wilma model. Tom is the field monitoring level, observing an individual plant’s health status and nutrient availability at the square meter scale. Dick is the microsprayer and/or robotic mechanical weeder, while Harry is the autonomous machine individually placing each seed. All three systems are overseen by Wilma, the artificial intelligence centre that gathers data and processes it to direct the field operations.

A second phase would see digital harvesting – robots that can identify which plants in a crop are ready to harvest, and carry out that operation at the optimum time.

Mechanically, today’s robotic technologies are at an early stage of simply replacing tractor drivers. But Mr Watson-Jones predicts that it could quickly develop into swarms of small machines to perform tasks with very low soil damage, and precisely targeting input applications at plant level to dramatically reduce the volumes of chemical needed. This would also reduce the environmental impact.

Smaller, more flexible machines will reduce the cost of running a farm business, while enabling farmers and growers to manage more land – including remotely in other areas of the world. There would be less capital cost – the systems could even be leased – and lower entry barriers, so new entrants and new thinking will be encouraged.

Crucially, such technologies will divorce the need for successful farm businesses to be based on scale of operation, Mr Watson- Jones concluded. But such change will be disruptive, and could be difficult for many of today’s farmers to cope with. The Small Robot Company is to hold a series of farmer workshops to explore how the technology can be used to better meet farmers’ objectives.