AF Group ahead of 5-year plan

The AF Group – now officially rebranded from the former Anglia Farmers trading name – has reported significant increases in profitability and turnover in its second year under chief executive Jon Duffy. 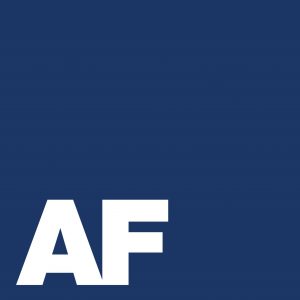 Of AF’s subsidiaries, the Affinity wider procurement service made a £329,300 profit (£141,000 in 2017/18). But AF Biomass, which supplies straw to power stations, made a £9,000 loss (£129,000 profit), through a double hit of a shortage of local straw in the run up to harvest 2018, coupled with the rapid price rise afterwards as straw became a potential alternative to short forage stocks after the hot, dry summer weather.

The business saw administrative expenses fall significantly to £6.6m (£7.5m) as the group benefitted from the previous years’ restructuring. The company has also invested in a new customer relationship management system to improve communications with members.

Mr Duffy says he is pleased with 18 months progress toward his five-year plan of achieving a £10m balance sheet, a membership of 6,000 and annual member rebates of £2.5m. The year saw 107 new members, although the total membership fell slightly to 3,158 (3,189) following the simplification of membership and ending of some categories. 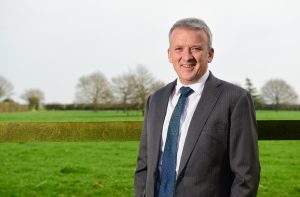 The new AF identity, finalised last month, reflects the group’s heritage, while underling its national trading area – from Cornwall to Scotland – rather than a regional footprint.

“Our strong growth this financial year reflects the robust partnerships we’ve built over the last 18 months”, states Mr Duffy. “It’s rewarding that we continue to earn trust and grow partnerships in the agricultural community. Part of our strategy is to unify all elements of our business – members, staff and suppliers – so that we can move our business forward in a direction that benefits all our partners.

“Agriculture has a bright future,” he continues. “Many are understandably cautious about the near-term uncertainties, particularly in light of Brexit. However, the hard work we have put in, shown by our strong financial performance, has enabled us to build trust and reassure those within our community that we are in a robust position to help face the challenges ahead, grasp opportunities and turn any potential headwinds into tailwinds for our members.”