Growing conditions for Europe’s grain crop are good, but US problems are adding a major element of uncertainty to the market, the International Grains Council (IGC) Conference in London on Tuesday heard. The effect of African Swine Fever (ASF) in China on feed demand and the continued rows over trade add to the unease 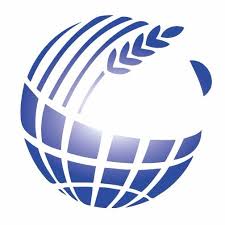 “The current situation in the European Union is relatively good in terms of all our crops,” Michael Scannell, director for market and observatories at the European Commission, told the meeting. That contrasted to the “wet and wild sowing season,” in North America. “The current international trading environment is rather sensitive,” he continued.

Dr. Robert Johansson, chief economist of the USDA, said that by June 2nd only about 50% of the US maize crop had been planted, compared to 90% in a normal year. “How the market evolves over the next couple of months will be something we will be watching closely,” he said. “The price signal is to plant corn if possible,” he explained.

Dr Johansson also noted the spread of ASF in Asian countries other than China. “That’s going to play out in demand,” he said. It would mean lower exports of soybeans to China.

Stefan Vogel, head of commodities at Rabobank, identified “wild cards” creating volatility, starting with trade relations between the US and China. “What you have to think about is what’s in the next tweet,” he said.

ASF was “hard for the market to understand,” he explained – he had had more calls from customers about this issue than anything else. “We think 25% to 35% of pork production in China will go down,” he said. “That’s equivalent to all the pork production in North America.”

This would lead to a massive drop in demand for feed in China, although it would be slightly mitigated by rises in demand for poultry and fish feeds.

Mr Vogel put China’s soybean demand at potentially 84 million tonnes this year against 94m tonnes in the last 12 months. Prices in Brazil would have to be higher than the US if the rest of the world was to buy US soybeans.

Jonathan Brooks, head of the agro-food trade and markets division at the OECD, told delegates: “we expect growth in demand for agricultural commodities to slow significantly over the next decade.” There was an exception for dairy, which would see demand growth from India. Otherwise, “the per capita income effect is exhausted,” he explained. “Africa is not growing fast enough for that catch-up to occur.”

He predicted “flat to declining real prices across the board,” in the period to 2028, although there would be fluctuations.