The European Union has failed to renew the approval for the use of the chlorpropham (CIPC) active ingredient as a potato sprout suppressant and specialist crop herbicide. While the decision was widely anticipated, it has been greeted with disappointment by the industry.

CIPC has undergoing its routine review by the European Commission’s Standing Committee on Plants, Animals, Food and Feed (SCoPAFF) since 2015 including meetings of the Appeal Committee, but no opinion was reached.

Now, an implementing regulation (EU 2019/989 of 17 June) for its non-renewal as a herbicide and sprout suppressant has been was published in the EU’s Official Journal on June 18th 2019, coming into force 20 days later on July 8th.

The non-renewal decision, which was not supported by all EU member states, is understood to be based on European Food Safety Authority (EFSA) advices that CIPC could be a risk to consumers. In the absence of data, assumptions have been made on inputs into the consumer risk assessment.

The regulation specifies a withdrawal period of January 8th 2020 for all member states to withdraw authorisations of products containing CIPC, with a maximum grace period for use, storage and disposal ending on October 8th 2020.

The UK deadlines are expected to be similar – the Chemicals Regulation Division (CRD) will decide these and issue withdrawal notices on the Health & Safety Executive (HSE) website. Agronomists, growers and store managers are advised to check with supply chain partners and customers before treating crops with CIPC.

The AIC calls the non-renewal “extremely disappointing”, noting that that the announcement follows a discussion and vote at the EU Phytopharmaceutical Appeal Committee on April 11th which left the decision on non-renewal with the Commission.

The confederation adds that it had worked with industry stakeholders to highlight to UK minsters and EU Commissioners the importance of chlorpropham in UK and EU potato production. It is a valuable tool to reduce potato losses in store, as well as reducing the need to remove sprouts so minimising peeling waste in food preparation. The active is also used as a herbicide in salad, onion, leek, herb and ornamental crops – its weed spectrum and residual activity on soils with high organic matter are particularly valuable attributes.

“The withdrawal of chlorpropham now means that agronomists have very limited options to recommend to farmers for potato storage, as well as fewer options for weed control in high value crops” says AIC’s head of crop protection and agronomy sector Hazel Doonan. 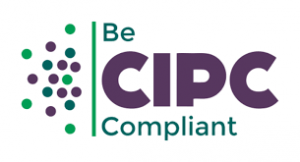 The Chlorpropham Task Force, comprising the three UK companies holding approvals to distribute CIPC – Aceto, Certis and UPL – has criticised the decision and the way it was reached.

“The UK Task Force submitted new data to CRD in July 2017, but it was not possible to submit this data into the EU review,” says its statement. “Moreover, it has not been possible to take into account the ways potatoes are consumed – EFSA could not effectively assume that tubers are eaten unwashed and raw. This results in a calculated exceedance of the Acute Reference Dose (ARfD).
“It is disappointing that a dossier considered complete at the start of the review was found lacking in the closing stages, without an opportunity to submit further data. Any further consideration of CIPC in Europe would be as a new active substance.”

The Task Force expects a maximum residue limit (MRL) for CIPC of 10 parts per million to be in place for the 2019/2020 potato storage season. However, because the active substance is not renewed, it warns that the MRL could fall to near zero within two years, and the import of potato products into Europe with residues of CIPC above this level would not be permitted.
Accordingly, Certis and UPL are applying for a temporary MRL above the limit of quantification (LoQ) to cover previous store contamination, to prevent the MRL falling to LoQ in the short term. “This limit will be temporary and will differentiate between contamination and illegal use,” they say.

“We have been monitoring this situation closely for some time and supporting growers and the industry in making the transition from CIPC to alternatives is a top priority for us,” adds Rob Clayton, sector strategy director for AHDB Potatoes. “In January we announced a ring-fenced fund of over £800,000 to ensure all those who store potatoes have access to the advice they need. This builds on an existing spend of £800,000 per year on storage research.”