Declan Billington, chief executive of Belfast-based feed manufacturer John Thompson & Sons, is on a new technical group set up to advise the government on alternatives to a Northern Ireland backstop as part of an EU withdrawal agreement. 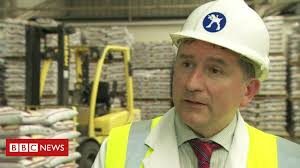 The technical advisory group comprises Northern Ireland businessmen, academics and the Police Service of Northern Ireland’s assistant chief constable Tim Mairs, who will advise on the impact of smuggling, organised crime and co-operation with the Gardai without data exchange or the Euro arrest warrant without an agreement.

Mr Billington, who is also a member of the Northern Ireland Food and Drink Association, has stated that the government’s proposed tariff policy for the region could wipe out dairy farming on the border.