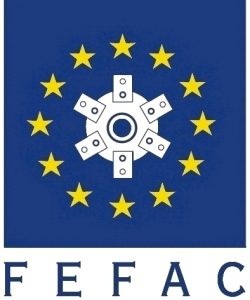 In his final contribution to the feed industry body’s annual report as he enters his last year in office, Mr Major notes: “The general attitude towards livestock farming and the consumption of animal products seems to have become increasingly negative, mainly driven by unfair and incorrect statements, particularly on social media”. He pledges to work with other EU farm associations to defend European livestock farming better in the face of “very well-orchestrated anti-livestock campaigns”.

Virus disease is an ongoing threat, particularly African Swine Fever and Avian Influenza for the EU pig and poultry sectors. “These viral diseases hold no hostages and lead to severe economic damages to pig and poultry farmers in various parts of the world.” Although feed materials are not a concern in the spread of ASF, Mr Major says the feed industry must “remain vigilant and stay on the forefront of scientific and risk management developments to support its customers. FEFAC has issued member guidance on effective biosecurity plans.

Turning to trade, he observes: “We need to face the reality that politics rather than market fundamentals now dictate our trade environment”. Feed manufacturers are affected by legal uncertainty over the future trade relationship between the UK and EU-27 following Brexit. At the same time, the escalation of the US-China tariff dispute is reshaping global supply chains – EU imports of US soybeans have reached historic heights as China looks for alternative origins.

The last year has seen FEFAC contribute to initiatives to increase European feed protein production, which drew praise from EU Agriculture Commissioner Phil Hogan. On environmental footprinting, 160 member companies have pledged to fully support the FEFAC Soy Sourcing Guidelines by 2025. The association is working on a FEFAC Feed Sustainability Charter 2030, to be published next year.

FEFAC is also playing its part in moves to tackle the problem of antimicrobial resistance to available medicines by reducing the need for therapeutic antibiotics at farm level.

Finally, climate change is dominating the global and EU policy agenda. “That is why the feed industry has been so proactive in establishing the Global Feed LCA Institute (GFLI) so that our members have the tools available to calculate the environmental footprint of feed using a harmonised methodology and reliable feed materials database,” he states.

The new European Commission president Ursula von der Leyen is seeking a Green Deal within her first 100 days in office, concludes Mr Major. FEFAC is well placed to engage with the new EU decision-makers, through its Vision 2030 goal for a sustainable European feed industry.