ADM has bought a minority stake in a French biotechnology company that develops pheromones for applications in sustainable crop protection, human health and animal welfare. 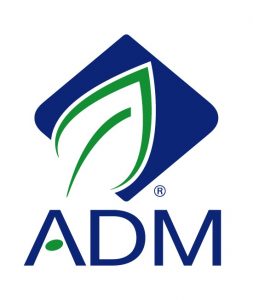 London-based ADM Capital Europe’s Cibus Fund has led a €60 million funding round for M2i Life Sciences, which is says is the largest agribusiness transaction in Europe so far this year.

M2i says the additional capital will allow it to strengthen its equity base and grow through broadening both its product range and international presence. It is already the major European force in biocontrol, a market growing at 24% annually, with ambitions for global leadership.

The company, founded in 2012, produces pheromones for the control of insect pests in agricultural horticultural and domestic crop production. Pheromones can also help regulate animal behaviours, with applications in reducing stress in livestock and pet animals.

As natural chemical substances produced by animals and insects, pheromones as a biological control agent have the potential to replace more toxic synthetic pesticide chemistry in a more sustainable approach to production.

M2i researches, manufactures, formulates and distributes a range of pheromone products. It has a portfolio of more than 60 products, sold across 25 countries, to protect a range of crops from apple and banana trees, grape vines and tomatoes to broadacre crops such as corn and cotton.

“There are 70% fewer synthetic chemicals in the farmer’s toolbox than there were 10 years ago,” notes Robert Appleby, joint chief investment officer at ADM Capital. “With increased regulation, especially in Europe, we are likely to have 70% less in three years’ time. Pheromones represent an effective substitution in a world drowning in chemicals.

“M2i has an excellent management team and a track record of innovation, making it one of the world’s category champions in this fast-growing sector. This investment reinforces our long-term commitment to the future of sustainable global agriculture”.

Alastair Cooper, head of venture capital at the Cibus Fund, adds: “Pheromone use as an alternative to traditional chemicals has large growth potential, driven by market and regulatory forces. The plant protection market is currently $26 billion annually – of which pheromones will represent 30% by 2030, according to French analyst IBMA France.”

For M2i, chief executive Philippe Guerret welcomed the new partners into M2i’s investor base. “This €60m transaction, led by ADM Capital, is a key step in our development. We now have all the necessary tools to position ourselves as a world leader in the biological protection of plants and crops.”