The government has announced a consultation on the introduction of E10 blend petrol at forecourts, a move welcomed by the UK bioethanol industry. However, its former reluctance to address E10 was cited as driving AB Sugar’s decision to close the Vivergo plant in September 2018. 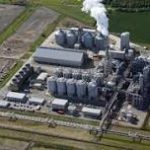 Transport secretary Grant Shapps says the consultation will inform a decision on whether E10, a fossil fuel blend with up to 10% ethanol, should be the standard grade of petrol at UK filling stations from next year. At present, the UK uses an E5 blend, while countries such as Belgium, Finland, France and Germany already use E10.

Mr Shapps says that E10 has the potential to cut CO2 from transport by 750,000 tonnes per year, compared to the current fuel usage, equivalent to taking 350,000 cars off the road.

Grant Pearson, commercial director at Südzucker’s Ensus UK bioethanol plant on Teesside, comments: “We welcome this announcement as the availability of E10 will instantly make petrol a lot cleaner, providing significant carbon reduction benefits to our environment on the long road to net-zero emissions by 2050.

“It is vitally important to the protection and potential growth of jobs in this industry, including many in the supply chain, and will bring tangible benefits to UK farmers and environmentally-conscious motorists.

Vivergo, with a £350 million plant on Humberside processing up to 1m tonnes of feed wheat per year, had lobbied for E10 in the UK before the decision to mothball its plant. At the time, the government found itself caught between its drive to become greener and opposition from NGO’s protesting against the use of potential food crops for renewable energy production.

The company’s restart in April 2018 came with was warnings that the long term future was unsustainable without an move to E10, which was blamed for the subsequent September 2018 closure decision.

“We have created a highly skilled and world-class business that had the opportunity to be part of a British sustainable biofuels industry,” commented Vivergo managing director Mark Chesworth at the time. “But sadly, the government’s lack of pace over the past decade to introduce E10 has further undermined our ability to operate.”