The Animal and Plant Health Agency (APHA) is to receive a £1.4 billion budget boost to strengthen its scientific and veterinary capability. The Chancellor of the Exchequer announced the funding in last week’s budget. 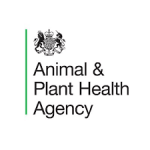 APHA will redevelop and future-proof its headquarters facility at Weybridge in Surrey. The site has specialist research and laboratory facilities and capabilities for animal health science and disease control. The new funding will enhance the UK’s science capability and safeguard the agency’s role in fighting current and emerging animal and plant diseases.

Among APHA’s responsibilities are safeguarding animal and plant health. This has included providing scientific evidence and advice to government in controlling outbreaks of foot and mouth disease in 2001, testing several thousand samples for avian influenza (bird flu) during outbreaks in the winter of 2016/17 and recent research that has paved the way for field trials of a cattle vaccine to combat bovine tuberculosis (bTB).

It is currently supporting Public Health England in the government’s response to the coronavirus outbreak. APHA’s Weybridge site provides expert advice to the United Nations Food and Agriculture Organisation, the World Organisation for Animal Health and the World Health Organisation, as the international reference laboratory for a large range of animal diseases.

Christine Middlemiss, the UK’s Chief Veterinary Officer, says: “It is great to see that the UK’s science capability is being recognised and invested in even further by the government. The UK is already a global leader in animal health science, and we have some of the best scientists in the world. This investment will safeguard and amplify our ability to collaborate and influence globally.”

Chris Hadkiss, chief executive of APHA comments: “This is fantastic news for everyone at APHA and the wider Defra group as this gives the financial investment to ensure we can continue to enhance our crucial and valuable role in animal health science and in providing our emergency response to disease outbreaks.

“The financial commitment also highlights how the government recognises our international reputation as experts in animal and plant health science and the critical role we have in protecting the UK and the economy from animal disease risk.”