The Agriculture Bill has passed its final House of Commons reading unamended, despite a cross industry lobby‘s attempt to enshrine support for imported food products to meet UK standards in the new law. 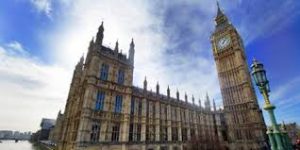 The Bill passed its third reading (report stage) unamended on Wednesday by 328 votes to 277. It now goes to the House of Lords. Among the amendments proposed were the protection of UK farmers from imported food products produced under lower standards to those of the UK; a delay to the implementation of direct support payment cuts scheduled from 2021; and an annual – not five yearly – update of the nation’s food security status.

There were 22 Conservative party votes in favour of the amendments, moved by Conservative MP and EFRA committee chairman Neil Parish. Surprisingly, the rebels included former Defra Secretary of State Theresa Villiers who warned that undercutting UK standards would disadvantage farmers, their suppliers and rural communities. She had conspicuously failed to back legislation to underwrite this while in office.

Defra Secretary of state George Eustice was not in the chamber to move the Bill and did not speak in the debate. Instead, the Bill was moved by junior Defra minister Victoria Prentis. In his brief period out of office after resigning over Theresa May’s Brexit deal, Mr Eustice had written a piece strongly defending actions to ensure the UK supported its strong animal welfare standards from cheaper imported goods, particularly from the US.

The amendments were the culmination of months of lobbying to make the case that UK agriculture should be protected from imported products produced to lower animal welfare standards and using products and practices prohibited in the EU.

A letter signed by a consortium of 26 leading farming and environmental organisations, sent to MPs ahead of the debate, called for MPs to support the amendments. “If UK farming is to face the future as a vital strategic sector, producing the food we eat and meeting the challenges of climate change, food security and the high expectations of the UK public in the way we treat our farmed animals and wildlife, the Bill must not undermine that very goal by allowing in food imports that fail to meet its high ideals,” the letter concluded.

Since the EU Referendum, ministers have made great play of the UK’s higher welfare and production standards, while neglecting to actually protect them in legislation despite industry lobbying. But many speakers against the amendments said that protection of UK standards was a matter for the forthcoming Trade Bill, not the agricultural legislation.

As if to confirm industry fears, the day after the Agriculture Bill debate, the Financial Times reported government plans to “slash” tariffs on UK food imports to help advance the trade talks with the US that started last week. It said Trade Secretary (and former Defra Secretary) Liz Truss is to offer “a big concession package” to US negotiators over agricultural imports in coming months. But the report added that the cabinet is split over this, with a faction led by Mr Eustice concerned that such a move would undercut UK farming.

“The AIC is disappointed to see amendments to the Agriculture Bill that would have strengthened the position of UK agriculture and helped safeguard against trade deals undermining UK production standards were not taken forward in the House of Commons,” says AIC chief executive Robert Sheasby. “AIC members want to see a progressive Bill that enables agriculture to thrive in the future, so this feels like a missed opportunity. I hope members of the House of Lords will not miss the chance to ensure a resilient and more sustainable approach.

NFU director of EU exit and international trade Nick von Westenholz reacts: “Against the backdrop of coronavirus; a potential “no deal” with the EU in less than 8 months; and uncertain new trade deals coming online; MPs have decided the Agriculture Bill remains fit for purpose and in need of no amendment or improvement. UK farmers have been promised a better future than what went before. Let us hope MPs are right and this Bill and the plans for agricultural transition will take us to that better future.”

NFU Scotland director of policy Jonnie Hall added: “While the passing of this landmark Bill unamended was no surprise, it was still deeply disappointing. The Bill presents an opportunity to ensure that agri-food imports in the future are produced to at least equivalent environmental, animal welfare and food safety standards as those required of farmers and crofters in Scotland and the UK. Anything less would undermine the highest standards to which the industry in Scotland works to, and the entire agri-food supply chains of the UK.”

For the RSPCA, head of public affairs David Bowles states: “We’re disappointed that MPs did not vote to protect farmers in England and the rest of the UK from lower welfare imports despite the UK Government committing to this. At a time when the UK is negotiating new trade deals with the USA, Australia and Japan, all of whom have lower legal requirements for farm animal welfare than the UK, any measures to raise our standards will be undermined if we are allowing in produce from animals reared to lower welfare standards, including in systems that would be illegal here.

“With hundreds of millions of animals farmed for food each year, this Bill has missed a unique opportunity to ensure our higher animal welfare standards are protected.”