More grassland farmers are testing their soil nutrient status to help them use fertilisers more accurately, according to the Royal Agricultural Society of England (RASE). The Society has released its latest survey results on the day when Grassland & Muck 2020, which it organises in partnership with Yara UK, should have been held before its cancellation as a Covid-19 control measure. 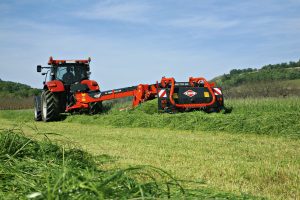 Lime was applied by 56% of the sample every five years or less, from 49% in 2017. Asked about manure nutrient testing, 18% used laboratory analysis against 14% in 2017 and just 9% in 2011.
Better measurement has allowed farmers to reduce NP and K fertiliser use – 32% used less nitrogen fertiliser in 2020, with just over a quarter reducing phosphate use and 22% potash applications. But 40% of respondents increased sulphur use, which Yara agronomist Philip Cosgrave says is not surprising – “Farmers are much more aware of sulphur requirements – it’s up there with NP&K now.”

Questioned on grass management, 54% of the sample measured grass growth – mostly using a plate meter – from just 30% in 2017. Reseeding levels remained unchanged since the 2017 survey, with 79% reseeding leys every one to six years. Most reseeding is influenced by poor yield and weeds. “I’m not surprised by that – forage is the cheapest source of animal feed and farmers are trying to maximise it,” says Mr Cosgrave.

“It is clear to see that farmers are focusing on producing better quality silage and grazing to produce more milk or meat from grass,” he concludes. “By measuring nutrients and grass growth, farmers and their advisers can start making changes and quantify progress. It all feeds back to better environmental impacts and lower costs of production.”