The European Commission has published broad policy objectives to reduce the environmental impact of food production by 2030, including targets for inputs reductions. While supporting some of the priorities, the EU feed sector warns that conflicts among some of the policies could actually impede food production.

“We need to redesign our food systems which today account for nearly one-third of global GHG emissions, consume large amounts of natural resources, result in biodiversity loss and negative health impacts (due to both under- and over-nutrition) and do not allow fair economic returns and livelihoods for all actors, in particular for primary producers,” notes the Commission.

The Commission has adopted two policy areas – a Biodiversity Strategy and a Farm to Fork Strategy – which now enter the legislative process for debate and amendment before eventually becoming EU law. It says the two strategies are “mutually reinforcing, bringing together nature, farmers, business and consumers for jointly working towards a competitively sustainable future”. Both are part of the EU Green Deal unveiled last year.

The Farm to Fork Strategy envisages the transition to a sustainable EU food system that “safeguards food security and ensures access to healthy diets sourced from a healthy planet.” Measures to reduce the environmental footprint of the EU food system include 2030 targets to reduce pesticide usage by 50%; fertilisers by at least 20%; and a 50% cut in sales of antimicrobials used for livestock and aquaculture. The strategy also targets 25% of EU agricultural land being farmed organically.

The changes will be encouraged through the CAP with new streams of funding and eco-schemes to support sustainable practices. “Making sustainability Europe’s trademark will open new business opportunities and diversify sources of income for European farmers and fishers,” says the Commission.

The Biodiversity Strategy seeks to reverse biodiversity loss through measures such as binding targets to restore damaged ecosystems and rivers; improving the health of EU protected habitats and species; bringing back pollinators to agricultural land; reducing pollution; and enhancing organic farming and other biodiversity-friendly farming practices. It aims to “bring forward concrete steps to put Europe’s biodiversity on the path to recovery by 2030, including transforming at least 30% of Europe’s lands and seas into effectively managed protected areas and bringing back at least 10% of the agricultural area under high-diversity landscape features”.

This will be supported through €20 billion of annual funding from the EU, member states and private sources.

Both strategies could be models for a global transition to sustainable food systems and biodiversity protection in close co-operation with the EU’s international partners.

“The coronavirus crisis has shown how vulnerable we all are, and how important it is to restore the balance between human activity and nature,” says executive vice-president for the European Green Deal Frans Timmermans. “Climate change and biodiversity loss are a clear and present danger to humanity. At the heart of the Green Deal the Biodiversity and Farm to Fork strategies point to a new and better balance of nature, food systems and biodiversity; to protect our people’s health and well-being, and at the same time to increase the EU’s competitiveness and resilience. These strategies are a crucial part of the great transition we are embarking upon.”

While EU feed trade body FEFAC welcomes the Commission’s proposals to strengthen food security at the global and EU level; meet climate change targets; and build the resilience of EU agriculture and food systems, it stresses that no food system can be sustainable without the production of farm animals.

“The feed industry’s role is to provide optimised animal nutrition, reduce nutrient losses, improve animal health and welfare and increase the environmental performance of animal production systems through precision feeding and the adoption of new technologies.”

FEFAC points to its long record of initiatives to measure and improve the sustainability of livestock production. It shares the Commission’s high level of ambition to meet climate change targets, providing opportunities for EU agriculture and livestock production through incentives to produce “more with less”. But it emphasises there must be coherence at EU and national levels, particularly over the EU’s objective to raise the production and competitiveness of home-grown vegetable proteins against imported sources. 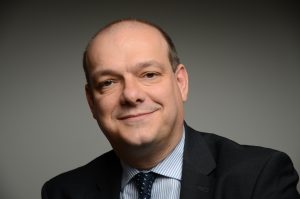 “The EU feed industry is a key driver for the development of sustainable food systems for farm animals and aquaculture,” says FEFAC president Nick Major. “We therefore share some of the overall objectives of the FTF/Biodiversity communication on sustainable food systems. We do however fear that conflicting policy targets and measures announced in the EU Commission communication may actually undermine the EU’s food production capacity and global leadership role in developing resource efficient sustainable and circular food production systems.

“We do fully support the new priority setting on food security, resulting from the lessons of the COVID-19 crisis and would strongly recommend an in-depth inception impact assessment before taking any specific legislative measures. This would prevent any unintended consequences by denying farmers access to proven technologies without providing tangible, effective alternatives,” Mr Major concludes.