This week has seen UK trade policy post EU withdrawal move forward, with the second reading of the government’s Trade Bill and a new import tariff schedule. Industry representatives are concerned at the lack of detail with the EU transition set to end in seven months. 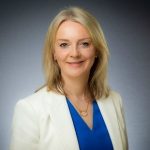 Secretary of State for International Trade Liz Truss, a former Defra Secretary, moved the Trade Bill before the House of Commons on Wednesday before it goes to the committee stage for scrutiny. Her speech saw little mention of the agri-food sector, save for a promise of free trade leading to cheaper food and access for farm exports to new markets – specifically UK lamb to the US and malting barleys to Japan. While the Bill rules out the opening up of the UK health service to imports, there was no similar provision to protect agriculture, as repeatedly called for by the industry. But the new Bill does set up a Trade Remedies Authority to protect businesses from “unfair trading practices such as dumping, subsidy, or unforeseen import surges.
In last week’s Agriculture Bill debate, government had maintained that food standards were a Trade Bill, rather than Agriculture Bill matter.

The NFU had written to all MPs before the Trade debate urging them to clarify how the government intends to honour its manifesto pledge not to undermine British farming’s high environmental and animal welfare standards in future trade policy. It also continues to call for a Trade, Food and Farming Standards Commission to review policy and to promote free trade, while holding all food imports to the UK’s high food standards.

“For food and farming, we have the potential to be at the very top of the global stage,” says NFU president Minette Batters. “But we need a trade policy that safeguards our farmers and British food production from the damaging impact of importing food that would be illegal to produce here. Failure to do this would undermine our values of animal welfare, environmental protection and food safety, all of which are incredibly important to the public.”

“Our trade policy must reflect our moral responsibilities to the planet and the people and creatures that live on it – protecting our natural environment, caring for our farmed animals, and working toward a more sustainable, climate-friendly way of farming and food production. These are issues that cannot be wished away or presumed dealt with by brief pledges in a manifesto or verbal assurances in media interviews.

“We are at a make or break moment for British farming. We have the chance to become a global leader in climate-friendly farming, and neither farmers nor the public want to see that ambition fall by the wayside because our trade policy does not hold food imports to the same standards as are expected of our own farmers.”

The publication of the UK Global Tariff (UKGT) schedule lists tariffs applying when the EU external tariffs fall away on December 31st, assuming no extension to the transition period. Government says the new schedule backs UK industry by maintaining tariffs on products such as lamb, beef, and poultry.

While a joint statement from the four UK farming unions welcomes the government’s maintenance of many of the safeguards currently in place for UK farmers under the new UKGT, it warns that these protections for the UK’s high food and farming standards could yet be negotiated away as part of any trade deals that will be struck in the coming months. “These deals must include strong provisions ensuring food imports are produced to the same standards required of our own farmers. Not only will this help the government fulfil its vision of a sustainable and profitable UK farming sector, but it will also meet public demand that our standards are not undermined in future trade policy,” stress the unions.

“Although the overall position appears to support UK farmers, we need to examine and fully consider all the implications of the simplifications involved. For instance, it is still likely that the changes will lead to increased competition for some domestically produced commodities and we will need to understand the precise nature and impact of that. We are also urging the government to provide clarity around its ability to adjust the tariffs, in particular in the event that there is no negotiated agreement with the EU on a future relationship by the end of the year.”