UK plant science businesses and institutions are seeking an amendment to the Agriculture Bill that would bring the UK definition of a genetically modified organism (GMO) in line with international, rather than EU regulations. The lobby warns that without proportionate regulation of genome editing, the post-Brexit UK will lose out on R&D and plant breeding investment at the very time it is seeking to raise its global bioscience profile.

The All Party Parliamentary Group (AAPG) in Science and Technology in Agriculture, chaired by conservative MP Julian Sturdy has written to Defra secretary George Eustice on behalf of a broad cross-section of UK research, plant breeding, farming and seed supply bodies. The British Society of Plant Breeders has written separately to Mr Eustice to endorse and expand upon the AAPG approach, as have a number of heads of UK agricultural research institutes and university departments.

The lobby hopes that the government will move the enabling amendment itself, but if it is not prepared to do that, it could be introduced by a peer when the Bill is debated in the House of Lords on June 10th. The move would allow the UK’s researchers, farmers and plant and animal breeders the same access to new gene editing technologies as countries outside the EU. 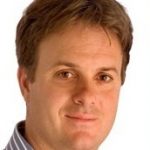 “Leaving the EU presents an opportunity for the UK to re-align itself with the science-based regulatory stance of other countries around the world, sending a clear signal that the UK is serious about supporting genetic research and innovation,” he continues.

“There is a relatively straightforward regulatory solution for this, which would be to exchange the current EU definition of GMO in the UK Environmental Protection Act for a definition compatible with the internationally recognised Cartagena Protocol – to which the UK is a signatory. This would re-focus GM regulation on the insertion of viable, heritable, foreign DNA, and would at a stroke remove around 90% of gene editing applications from the scope of GM regulation.

“We welcome Defra Ministers’ clear statements that this should be an early candidate for regulatory divergence post-Brexit, and fully support the Government’s view that gene-edited organisms should not be subjected to GM regulation if the DNA changes could have occurred naturally or through traditional breeding methods,” the AAPG states.

The BSPB adds that the European Court of Justice (ECJ) ruling on GMOs in 2018 “effectively ends the use of genome editing methods in crop breeding in Europe, because the cost of compliance with GMO regulations are too high to justify a business case … for any than possibly large multinationals.

“To follow the EU and dismiss these opportunities to respond to climate change and mitigate the impact of agriculture is ethically questionable to say the least,” writes BSPB president Andrew Newby of KWS-UK.

“If the Government does not adopt a regulatory environment enabling proportionate regulation of genome editing through this proven, outcomes-based system, the UK will in our opinion close itself off from significant potential as a science and research hub for global markets and climate change response and as an attractive country for private sector breeding investment.

“The UK must diverge from the EU definitions to have a credible position on taking all reasonable steps to minimise the impact of agriculture on the environment and this amendment is a golden opportunity to do so at an appropriate time whilst the technology is young and accessible to UK businesses,” Mr Newby concludes.

For the AIC, head of arable marketing and seed Catherine Barrett adds: “This proposed amendment is about government consulting on this change, not an overnight shift. The action would re-align the UK with regulatory stance of other countries around the world and enable scientific progress currently held back by the ECJ ruling of July 2018.

“AIC is a strong supporter of moving this matter forward, so that UK agriculture may benefit from future advances.”