Cereals LIVE, the online version of the Cereals 2020 annual trade show cancelled due to Covid-19 restrictions, attracted over 10,000 visitors from around the globe. 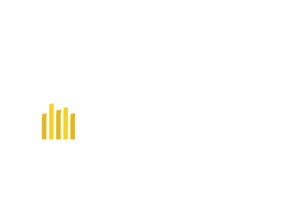 Organiser Comexposium had decided to deliver as much content as possible online in the absence of the physical event that usually draws an attendance of around 20,000 visitors. The virtual two-day Cereals Live featured a seminar programme with speakers, video demonstrations of machinery, crop plot tours and interactive chat with exhibitors.

“We have been overwhelmed at the reaction from the farming industry,” said event director Alli McEntyre. “Everyone has been really keen to get involved, and the response to the live webinars far exceeded our expectation. We had more than 9,000 live viewers, with the top session drawing over 800 attendees.”

Final figures for the online event included 10,812 attendees over the two days, 67,166 page views, 9,260 webinar viewers and 114,100 @CerealsEvent impressions on Twitter over two days.
The political seminar saw a wide-ranging debate on the impact of Covid-19 on UK farming, food security and global trade.

Defra minister Victoria Prentis elected not to appear live but sent a recorded contribution. She repeated the government assurance that the UK’s high environmental, animal welfare and food standards will not be compromised in any way, but conceded that the Covid-19 pandemic has raised public awareness of food security after the scenes of empty shelves in supermarkets.
She maintained the government is addressing these issues through the National Food Strategy and the Agriculture Bill which will legislate for a national food security report every five years. But the UK will always need some food imports, so a good trade deal with EU and other countries is vital.

Food security is defined as ensuring that everybody has access to a healthy diet at all times – in the UK it means some reliance on imported commodities and international trade, advised Professor Tim Benton of Chatham House, a former government Global Food Champion and International Panel on Climate Change report author.

But climate change will disrupt global food supplies and movements as weather in one area of the world has an effect on other regions – hence the 2008 food price spikes that led to international tensions.

The current Covid-19 pandemic has its roots in climate change – environmental damage and habitat change drives pathogen transfer, he argued. We are living through a global shock which has underlined the importance of food security.

But most food shortages are due to distribution, not a lack of supplies. Food insecurity is a political issue, as not all have equal access to a healthy diet – it is estimated that 20% of the world’s population struggle to access sufficient food, largely due to poverty.

The Covid-19 pandemic also exposed how risky our Just In Time model of moving foodstuffs from stores to retail outlets is when faced with disruption – for example, too little flour when demand for household, rather than catering size packs spiked; too much milk when the food service market suddenly disappeared; an over concentrated meat processing sector (especially in the US) was constrained by Covid -19 outbreaks in a few key plants.

Just in Time may be efficient, but is it resilient – is there too little capacity in the system to endure shocks such as the panic-buying and hoarding seen in recent months?
The UK is particularly susceptible – it is seeing the hottest year on record; potential second and third waves of Covid-19; a recession caused by the coronavirus controls and further uncertainty over the trading relationship with the EU after December 31st.

NFU president Minette Batters agreed that Covid-19 had highlighted the importance of food security and called for this warning to strengthen the Agriculture Bill going through Parliament. Government had rejected an amendment to ensure imported foods do not undercut UK standards, but a growing petition showed there is public support for this measure. She reiterated the NFU call for a Food Standards Commission to manage agrifood and trade.

Sustainable food must be part of the new as part of ELM farm support system, Ms Batters continued. The industry is facing unprecedented weather disruption events – two droughts in two years and the wettest autumn for three decades. Grain imports have doubled since 2011/12 and the oilseed rape area has halved in 8 years after the neonic insecticide ban – we are now importing neonic-treated product to make up for the shortfall.

The UK needs a UK-wide flexible policy framework that respects devolution, without distorting the internal market, she continued. The new policy framework must be linked to Parliamentary cycles and have full Treasury support. Bodies such as the Voluntary Initiative AHDB can provide evidence and expertise to support policy.

Policy can deliver the increase in productivity to deliver net zero by 20140, Ms Batters added. Agriculture is responsible for 10% of UK emissions, but this can be resolved – legislation put in place by Theresa May is moving in this direction – one consequence of the lockdown is a rise in public awareness of the damaging effect of air travel on the environment.

This year’s global COP meeting in Glasgow is the UK’s opportunity to show how the UK can lead on global agricultural sustainability, she concluded – we need nature friendly farming, but alongside its crucial food production.