Potash exec for Moroccan mine

A former managing director of ICL-UK has been appointed chief executive of Emmerson Plc, the Moroccan focused potash development company.

Graham Clarke spent 26 years at Cleveland Potash’s Boulby Potash Mine in Yorkshire, working his way from graduate trainee through to MD of ICL UK which now owns the mine. In 2011, he joined Sirius Minerals, the company developing the Woodsmith Mine at the southern end of the North Yorkshire Moors, which was acquired by Anglo American in March this year. 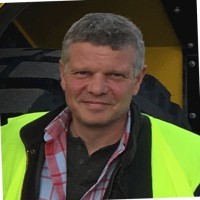 “Graham is a highly experienced potash mining executive with a clear track record of success in the industry,” says Emmerson chairman Mark Connelly. “What is more unique is his recent experience of taking a large, highly complex underground mine all the way from a concept through to construction. This is a rare combination of skills in any commodity, particularly in the potash industry.”