The Greencore Group has agreed to sell its share of a joint venture Irish molasses trading business to its partner United Molasses, part of W&R Barnett, subject to regulatory approvals. It marks the end of Greencore’s involvement in agricultural supply and processing after two decades of divestments. 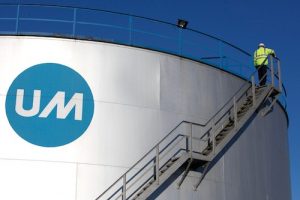 Greencore, with its head office in Dublin, is joint owner of Premier Molasses – Ireland’s largest liquid feeds distributor – and United Molasses Marketing (Ireland) (UMI), servicing a range of farm, feed manufacturer and industrial customers across Ireland. The conditional sale price is £15.6m, depending on customary working capital adjustments. Greencore says the proceeds will be used to strengthen its balance sheet.

Belfast-based W&R Barnett is active in the import and sale of animal feed ingredients, compound manufacturing (it jointly owns Belfast feed mill John Thompson & Sons with Origin Enterprises) and related activities. It acquired United Molasses from Tate & Lyle in 2010. It trades as United Molasses Marketing in Europe and Asia and as UMI in Ireland.

UM says the transfer of Greencore’s equity in Premier and UMI will not lead to changes in the operations of the companies – it remains business as usual.

Greencore was formed in 1991 through the privatisation of the Irish Sugar Company which was first established in 1926. Since the millennium, Greencore has steadily divested its primary processing assets as it transformed into a major supplier of sandwiches and ready meals to UK retailers and foodservice. However, trading in the three months to the end of June 2020 saw revenues plunge 34% to £240 million as Covid restrictions held back office lunchtime sales.

The company had closed Ireland’s two sugar beet factories at Carlow and Mallow in 2005/06 as a result of the EU’s reform of the CAP sugar regime, followed by the sale of its sugar distribution arm to German refiner Nordzucker. In 2010, Greencore divested its maltings operations in Ireland and the UK to Boortmalt.

But the Group had retained its molasses activities. Premier Molasses with import terminals at Limerick and Cork was formed in 1980 as a joint venture with UM, plus Greencore’s joint share of the Belfast-based UMI joint venture which has 29,000 tonnes of molasses storage.