Seed processor Dalton Seeds of Eye, near Peterborough, has completed the expansion of its seed processing facilities in time for the autumn 2020 drilling campaign. The site was recently visited by a government minister. 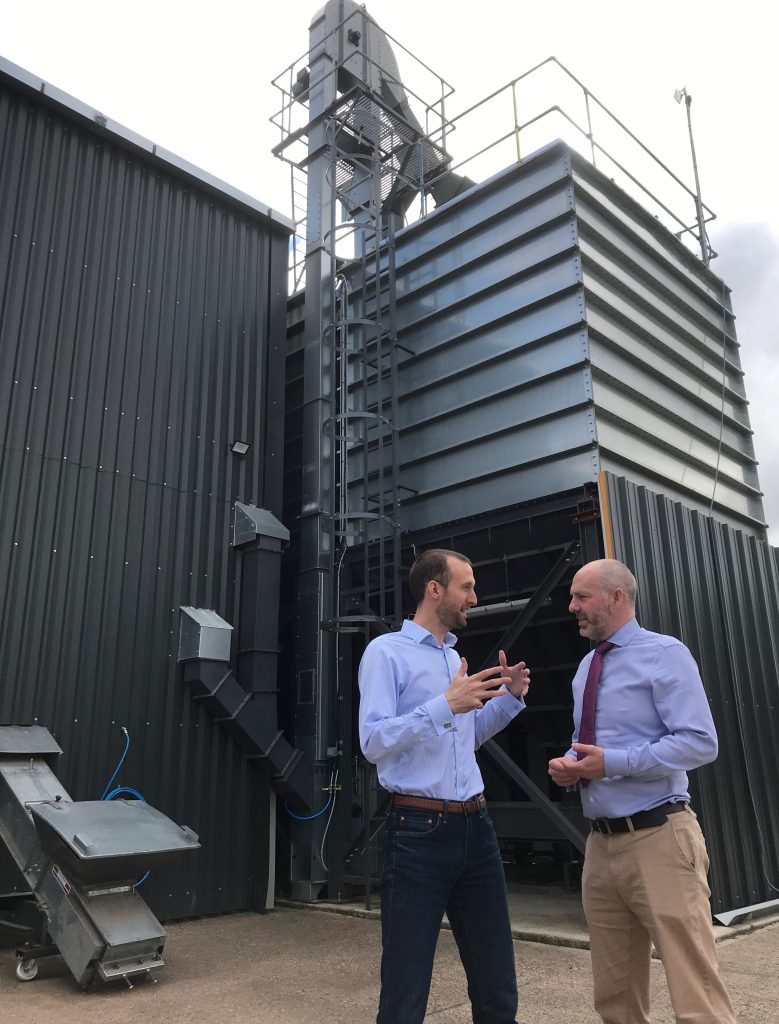 Matthew Dalton with Justin Tomlinson MP at the new intake

Over the last few months, Dalton Seeds has spent over £200,000 adding capacity to its seed intake operation. The investment has doubled the ‘as-grown’ intake space and capacity now stands at over 300 tonnes. In addition, the company has appointed a new seed cleaning operative to bolster its already experienced team.

Last week the company welcomed Justin Tomlinson, MP for North Swindon and a minister of state in the Department for Work and Pensions, to the seed production facility.

Peter Fox, managing director of Dalton Seeds, says: “We have always invested consistently in our business, whether it be in cleaning, treating or storage. This latest capital spend allows us to intake more seed during the day, ensuring that our seed treatment operation has a steady flow of product, thereby increasing efficiency.”

Mr Tomlinson comments: “It’s great to see one of the country’s foremost agricultural merchants further enhancing its already first-rate operation. It’s also particularly pleasing that the business has extended its workforce as a result.”