Return of the metaldehyde ban

Defra is to ban the outdoor use of the metaldehyde molluscicide in Great Britain from the end of March 2022, following its first unsuccessful attempt two years ago.
The Department has confirmed that the sale and distribution of existing stocks of metaldehyde slug pellets will not be permitted beyond March 31st 2021, with a further year’s use-up period to March 31st 2022. 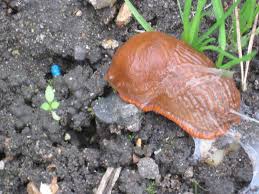 Farming minister Victoria Prentis says the decision will “better protect wildlife and the environment” and follows advice from the UK Expert Committee on Pesticides (ECP) and the Health and Safety Executive (HSE) over the risk that metaldehyde poses to birds and mammals.

The initial ban was proposed by then Defra minister Michael Gove in December 2018, on the same ECP and HSE advice, with new sales set to stop from June 2019 and existing product to be used by spring 2020. That decision, again on wildlife grounds, dismayed the industry which had been long aware of the active’s risk to water quality and had worked to improve its responsible use and stewardship for over a decade. It also came despite the renewal of metaldehyde’s authorisation in most EU member states.

Chiltern Farm Chemicals bought a Judicial Review case against Mr Gove’s decision in June 2019 after an MSG request for a six-month extension to the use-up period was rejected. The government then withdrew its decision to prohibit on procedural grounds ahead of a proposed High Court hearing in August 2019. But it warned that the decision would be retaken with the Review’s procedural points accounted for.

Companies House documents show that Chiltern managed to shift its £1m inventory of metaldehyde slug pellets by December 31st 2019, after which it ceased to trade. The company went into voluntary liquidation in March 2020 when it had £2.49 million in financial assets.

In 2018, the AHDB calculated that a reduction in slug control chemistry could cost the UK crop production sector £100 million a year. But Defra countered that slug damage could be mitigated through soil preparation techniques, deeper drilling and the ferric phosphate active ingredient. Ms Prentis has repeated that ferric phosphate is an effective product with less risk to wildlife than metaldehyde, while cultural controls include the use of slug resistant crop varieties and selectively timing of irrigation and harvest operations.

“The scientific evidence is clear – the risks metaldehyde poses to the environment and to wildlife are too great,” she adds. “The government is committed to building back greener from Coronavirus and the restrictions on the use of metaldehyde are another step towards building a cleaner and greener country for the next generation.”
MSG chairman David Cameron of De Sangosse concedes that the metaldehyde battle is lost but adds that the stewardship initiative played an enormously important role, despite the government decision to remove the active from the market.

“The campaign started in 2008 when metaldehyde first came to the attention of water companies,” he says. “This was at a time when the alternative treatment to control slugs – the UK’s most devastating pest – was not yet available. Pesticide stewardship has now gained a vital place in supporting the agricultural sector.”