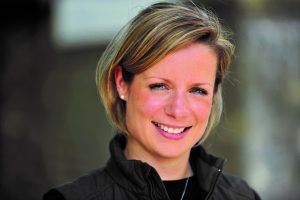 She succeeds Graham Wilkinson who moves to a new pan-European members and agri commercial role, working across all the group’s European regions to ensure an increased and more aligned commercialisation of the farmer-owned agenda across Arla’s business in the UK, Denmark, Sweden and Central Europe. He will remain involved in the development of the agriculture agenda in the UK.

From a Northumberland family hill farming background, Ms Swift spent a year’s work placement with Tesco while at Harper Adams University, joining Sainsbury’s after graduation. Her nine years with the retailer included a leading role in establishing and managing the Sainsbury’s Dairy Development Group and in delivering a carbon footprint initiative to drive farm carbon savings.