A webinar featuring national agriculture spokesmen this week concluded that current government policy threatens to significantly downgrade UK agriculture as we know it. The webinar was organised by the Save British Farming movement. Defra minister George Eustice was invited but did not take part. 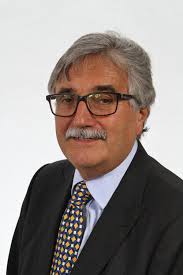 Independent agricultural economist Sean Rickard opened proceedings by noting that little has changed since his summer 2019 report No Deal: the door to the decimation of farming. There are two major post-Brexit threats to the sector, he warned – future levels of financial support and UK trade policy, with the latter the greatest danger.

Clearly direct farm support will reduce from CAP levels, with some mitigation from new payments for public goods – but after a funding gap and with little detail over the size of payments available and what will be required to qualify.

However, UK farm incomes are even more vulnerable to farmgate prices, which will be affected by trade deals. “All pretence of frictionless trade has now gone,” he observed, as the UK seeks trade deals with the US and Canada, then Australasia, Brazil and Argentina. Even if a tariff and quota-free UK:EU trade deal is achieved, there will still be the cost and delay of non-tariff barriers and checks outside the Single Market. UK agrifood products will bear the brunt of these.

“Brexiteers see a US trade deal as one of the key prizes, and the US is adamant that the UK will have to accept its farm and food standards to achieve one – hence the government’s reluctance to legislate on standards,” stated Mr Rickard.

“UK Agriculture is under threat from the drive to secure trade deals with suppliers of cheaper foodstuffs, but without a food strategy to help it withstand a harsher, more competitive environment. The reality will be lower farmgate prices, lower farm incomes and problems with our former largest food export market, the EU, over standards.”

Mr Rickard said the Economists for Free Trade group advising the architects of the Brexit project had fully expected UK agriculture to be sacrificed for the greater Brexit good, as it would get in the way of free trade deal. “Now, Michael Gove is running rings around the agricultural industry with initiatives such as the Henry Dimbleby food strategy and Trade & Agriculture Commission, all designed to divert attention from the dilution of standards – if government wanted to protect standards, it would have legislated.”

Instead, “the clear thrust of the Agriculture Bill is to shrink UK Agriculture to a park management role, while we prepare to import more of our food,” Mr Rickard concluded.

Labour’s Defra shadow Luke Pollard observed that the existing pressure on UK farmers to decarbonise while increasing biodiversity is now overlaid by the government’s apparent desire to undermine their future competitiveness.

The current high UK farm and food standards have been built over decades of work, he stated, but opening the country up to cheap food imports would effectively export our responsibility for climate change and animal welfare to other countries.

The Conservatives claim to be party of the countryside, he continued, but appear to be set on driving farmers to ruin. Is the UK an agrifood standard setter, or merely to be buffeted by the demands of other countries – what is the policy?

If UK standards are to be maintained, then post-Brexit trade deals must be scrutinised by Parliament – at present the US senate is allowed more scrutiny of trade deals than UK MPs. The industry needs to concentrate on changing minds in Westminster.

Liberal Democrat Tim Farron said a growing UK population should be an opportunity for UK agriculture, but there is too much power in the retail and food manufacturing side of the food chain. This disparity will only be widened by a government that appears bent on allowing more cheap food imports in its haste to strike trade deals that are inferior to the one we already have with the EU.

UK farmers can’t compete on animal welfare, environmental protection and climate change grounds – the UK has higher cultural values that need to be protected. Its higher proportion of family farms already care for the environment, but this will be lost if a rush to cheap food undercuts domestic producers and pushes the UK towards more corporate farming.

The withdrawal of farm support before the new ELM scheme is in place will accelerate the loss of UK farm businesses, while also reducing the landscape maintenance and rural community functions that underpin our valuable domestic tourism sector, Mr Farron concluded.

Patrick Gosling, representing Northern Ireland’s Social Democratic and Liberal Party (SDLP), said the UK was just weeks away from a fundamental change in its trade relationship with the EU, but four years after the Referendum there was still no clarity on the new trading environment. The Northern Irish agrifood chain is a bigger part of the local economy than in the UK’s other three countries, and farmers in Northern Ireland are more dependent on support payments than the rest of the UK – the lack of detail is very frustrating for agrifood businesses.

The controversial UK Internal Market Bill directly conflicts with the Withdrawal Agreement and may preclude the NI Assembly from protecting animal welfare and food standards within its own territory. There is still no clarity over borders and cross border trading – apart from the fact that NI will suffer disproportionately compared to the rest of the UK, Mr Gosling warned.