One of the two controversial amendments to the Agriculture Bill has been settled in the latest round of Parliamentary “ping pong”, but the other remains in play. The draft Bill returned to the House of Commons for debate yesterday (Wednesday November 4th). 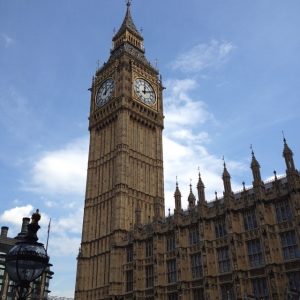 In mid-October, the House of Commons had rejected two amendments from the House of Lords – one (Amendment 16) to protect UK farmers from imported foods produced to lower standards than apply here and the other (Amendment 18) to strengthen the powers of the Trade and Agriculture Commission (TAC). The Lords subsequently reinstated the two amendments.

However, this week saw Defra Secretary George Eustice and Trade Secretary Liz Truss signal their acceptance of the TAC amendment in a Sunday newspaper article. Government then tabled its own amendment to the Agriculture Bill making the TAC a statutory, rather than advisory and time limited body. It requires government to “report to Parliament on whether, or to what extent, commitments in new Free Trade Agreements relating to agricultural goods are consistent with maintaining UK levels of statutory protection in relation to human, animal and plant life and health; animal welfare; and environmental protection”.

NFU president Minette Batters calls the concession a “significant commitment to primary legislation on food standards, both in the Agriculture Bill and Trade Bill. It is a landmark moment for the people of the UK, for our countryside and the future of the food on our plates.”

While the TAC amendment was passed, MPs voted by 331 to 272 – a majority of 59 – to reject the Lords amendment seeking to ensure that imported foodstuffs meet the equivalent production standards required from British farmers. The Bill now returns to the Lords for further debate.

Defra has also published its Impact Assessment of the new Agriculture Bill.