Frontier Agriculture reports a brisk trade in barley exports from Scottish ports, as UK shippers maximise sales of UK barley to Europe ahead of the end of EU withdrawal transition. There is a risk of tariffs on barley exports into this market after January 1st 2021 unless there is a trade deal in place. 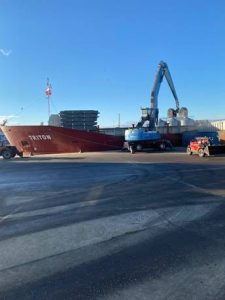 The company has loaded cargoes of barley from Scottish growers at Aberdeen, Montrose and Peterhead on Scotland’s east coast. The total 16,000 tonnes shipment, carried by four different vessels, is destined for buyers in Belgium, The Netherlands and Portugal.

Meanwhile, the Port of King’s Lynn in Norfolk, also operated by ABP, says it handled the largest monthly volume for the last five years in October 2020. Over 75,000 tonnes passed through the port that month, including almost 60,000 tonnes of agribulks such as wheat and barley. 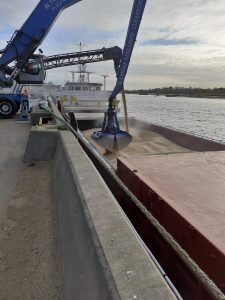 The increase was helped by ABP’s £400,000 investment to refurbish the Bentinck silo and weighbridge at the port last year, which raised the facility’s capacity as well as adding another grain laboratory to speed quality testing and improve operational efficiency.