Defra minister George Eustice used his virtual Oxford Farming Conference slot this week to launch a consultation into gene editing technologies for livestock and crop species in England, a move welcomed by industry bodies. But it was clear from the conference platform that two of the devolved administrations do not share his enthusiasm. 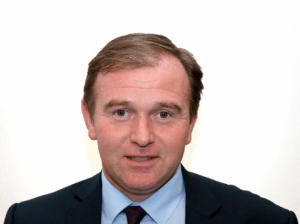 Brexiteer Eustice was keen to show how leaving the EU will allow the UK to harness its leading agrifood science R&D resources to use technologies such as gene editing to help increase sustainable and profitable food production while meeting the challenge of climate change.

He acknowledged long standing public concern over the technology and promised a proportionate regulatory system. But he emphasised that the debate has moved on from GM in the late 1990s – gene-editing within a species mirrors natural processes, while allowing faster rates of genetic progress.

“The European Court of Justice (ECJ) ruled against gene technologies through a legal, not scientific interpretation,” he stated. “The UK opposed this. Outside the EU we are free to make our own coherent science and evidence-based decisions. Therefore, the consultation starts now.

The Welsh minister for environment, energy and rural affairs, Lesley Griffiths, had only just seen the consultation announcement, so could not comment in detail, save for outlining her country’s longstanding concerns over the health and safety of gene technologies.

Fergus Ewing, Scotland’s cabinet secretary for the rural economy, advised that the European Commission is currently reviewing the ECJ decision – therefore it was premature for England to go it alone when it could wait and act in step with the EU which could remove future alignment problems. It would be several years before gene-edited foods were readily available, so a few month’s wait could not hurt, he added.

Northern Ireland’s agriculture minister Edwin Poots was broadly supportive, noting a huge difference between GM and GE techniques. The province already imported significant quantities of GM feed materials, he said. The greater use of GE in future could allow it to produce more homegrown feeds with less chemical inputs – improving both quality and sustainability.

In a separate trade session at the conference, Waitrose executive director James Bailey warned that the market would ultimately decide whether the UK is ready for gene-edited foods – for example Waitrose customers were more averse to “non-natural” manufacturing processes. While he did not want to prejudge the consultation, he said full transparency will be necessary to avoid the conflicts over genetic technologies of the past.

The AIC responded positively to the consultation launch. “We have long sought to support sustainable, modern commercial agriculture in the UK, and this is the opportunity for our members to put forward their views on this development in technology,” states chief executive Robert Sheasby. “We would encourage the industry at large to respond and we will certainly ensure that the voice of the agri-supply industry is heard, as we collectively help to shape the future of agriculture policy.”

The British Society of Plant Breeders (BSPB) calls the move a boost for plant breeding, farming and the environment, marking a step change in prospects for crop improvement to support more sustainable, productive and climate resilient agriculture. It would also re-align domestic rules with the regulatory stance of other countries around the world.

“We support decisive Government action on this issue, in line with the Prime Minister’s post-Brexit pledge to liberate our biosciences sector,” says BSPB chief executive Samantha Brooke. “The proposals set out in the consultation will benefit plant breeders large and small, in both public and private sectors, and will open up exciting new opportunities for crop improvement across a wide range of species and characteristics.”

“A change in regulation for gene edited technologies will also promote research investment and new opportunities for international R&D collaboration, by demonstrating that we are open for business and keen to support more innovation-based policies,” Ms Brooke concludes.

NFU vice president Tom Bradshaw comments: “In our drive to achieve net zero by 2040, these new tools could help us address pest and disease pressures on our crops and livestock, increasing our resilience in the event of extreme weather events, as well as reducing our impact through a more efficient use of resources, resulting in lower emissions and less waste.

“New biotechnologies are also enabling the development of foods with much more direct benefit to the public, such as healthier oils, higher vitamin content and products with a longer shelf life. But transparency and trust in the regulation of biotechnologies are essential.

The full consultation, which ends on March 17th, can be found at: https://consult.defra.gov.uk/agri-food-chain-directorate/the-regulation-of-genetic-technologies/