She replaces Dame Lucy Neville-Rolfe who resigned from the role in late October, shortly before her three-year term ended. Lady Neville-Rolfe, a Conservative peer, had attracted industry criticism for voting against an Agriculture Bill amendment in the House of Lords designed to protect high UK food standards. 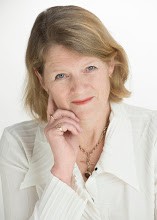 Ms Tacon was the first Groceries Code Adjudicator from 2010 until October last year. She also chairs the BBC Rural Affairs Committee and MDS, the management training scheme for the food and fresh produce industry. She is a director of the AF Group purchasing co-operative.

A chartered engineer, Ms Tacon started her career with Coats Viyella before moving into marketing roles with Mars, Vodafone and Anchor (now Fonterra). From 2000 – 2012 she was managing director of the Co-operative Group’s farming business. She was awarded a CBE for services to agriculture in 2004.

“This role builds on my experience in farming, the food chain, working with government and most of all with consumers,” says Ms Tacon. “With uncertainty on standards of food imported into the UK post-Brexit, this is a great time to be working on British standards and ensuring they are fit for purpose for all its stakeholders.”