The Food, Farming and Countryside Commission has launched a report into how less intensive systems of agriculture can meet the challenge of feeding a growing population while mitigating climate change and increasing biodiversity. 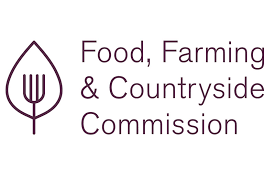 The report builds on its 2019 report Our Future in the Land which called for a transition to agroecology systems by 2030. The new 50-page report, Farming for Change, details how this can be achieved, based on work by the French research institute, IDDRI.

The researchers claim that under the right conditions, the UK can grow enough healthy food for a future population while: eliminating synthetic fertilisers and pesticides; almost doubling amount of land available for green and ecological infrastructure such as ponds, hedges and meadows; releasing 7.5% of the current agricultural area for more flexible uses; reducing greenhouse gas emissions from agriculture by at least 38% by 2050, with the potential to offset more than 60% of remaining emissions through afforestation. It says this can be achieved without compromising food security or offshoring food production.

The Soil Association is to lead a further phase of research into the social and economic implications of agroecology to understand what support farmers need to lead this transition.

The FFCC was first set up three years ago as an independent inquiry funded by the Esmée Fairbairn Foundation and hosted by the Royal Society of Arts. In May 2020 it became an independent charitable organisation with continued Foundation support. Its 14 commissioners, chaired by Sir Ian Cheshire of Barclays UK, come from agrifood businesses, environment groups, public health and universities.