Jane Craigie, owner of the agrifood and rural PR business Jane Craigie Marketing based in Aberdeenshire, is among three new non-executive directors to be appointed to the Board of Scotland’s Rural College (SRUC). Ms Craigie is a past chair of the British Guild of Agricultural Journalists and serves on the executive of the International Federation of Agricultural Journalists. 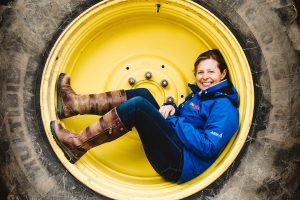 David Bell, who farms near St Andrews, chairs the Voluntary Initiative in Scotland as well as his local NFU Scotland branch. He also sits on the AHDB’s Research and Knowledge Exchange and Recommended List committees. The third new member is the former chair of the Board of Governors at Northumbria University. He is an experienced non-executive director for various organisations in the higher education, local government, social enterprise and charity sectors.

“I have long admired the scope and reach of SRUC in the fields of education, research and development and agrifood and rural advice,” comments Ms Craigie. “SRUC’s leaders have been both visionary and bold in the changes that they have implemented over the past decade, and the plans for the coming decade are incredibly exciting.”