A report from the dairy consultancy Kingshay, part of the VetPartners Group, advises how carbon storage in grassland soils can be increased. 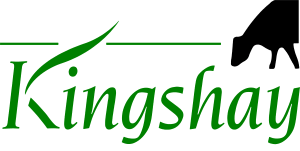 The Kingshay report on Soil Organic Carbon (SOC), based on data from 100 dairy farms across Great Britain, shows how the levels of carbon stored in grassland soils can be measured, monitored and raised.

“There is huge opportunity for the build-up of organic carbon in soil to contribute towards the achievement of net zero emissions from British agricultural,” says Kingshay’s Sarah Bolt, author of the report. “Every tonne of carbon stored is equal to 3.67 tonnes of CO2 equivalent which is not being emitted into the atmosphere.
“However, for carbon storage to fit practically into farm business models, it’s essential for both the carbon currently present and the maximum potential for SOC storage to be readily quantifiable.”

This is achieved through soil sampling to calculate the total tonnage of carbon stored per hectare of soil, plus working out the carbon storage capacity of a soil given its texture.

Looking ahead, if SOC is to become a measure of environmental benefits to inform post-Brexit farm support schemes, such as the Environmental Land Management scheme (ELMs), farmers will need solid evidence as to what works to increase organic carbon in soils, Ms Bolt advises.

“In terms of reducing losses of carbon from soils, it was clear that fields which had been reseeded using oversowing or direct drilling had higher levels of SOC than those which had been cultivated or ploughed,” she continues.

“Another key finding was that SOC carbon tended to be highest under permanent pasture. Therefore, in grass leys the longer the ley duration, the higher the level of SOC,” Ms Bolt adds.

“By measuring SOC now, and repeating the exercise in three to five years, farmers will be able to benchmark progress and understand the impact of any management practices implemented on SOC.”