The Agriculture and Horticulture Development Board (AHDB) has appointed Tim Rycroft to succeed Jane King as chief executive. 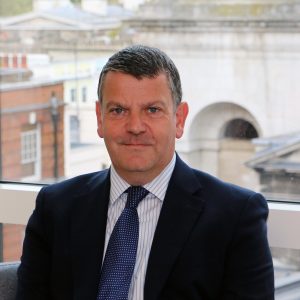 Mr Rycroft is chief operating officer at the Food and Drink Federation (FDF), responsible for strategy and corporate affairs, as well as overseeing the trade association’s policies on diet, health and competitiveness. Before that he worked in corporate affairs for a number of blue-chip companies, and he has also been a government special adviser.

Ms King indicated her wish to leave last October after six years in the role but was to stay until the end of September 2021 to ensure a smooth handover to her successor. In the event, she left on March 31st and the AHDB’s chief finance and operations officer Ken Boyns will act as interim chief executive.

The change happens at a difficult time for the AHDB with both the Horticulture and Potato sectors voting against their statutory levies, and similar ballots promised for the other four sectors.

“The Board is delighted to welcome Tim as the new CEO of AHDB,” says AHDB chairman Nicholas Saphir. “His experience – both in his previous commercial and FDF roles as well as his knowledge of the industry – makes him ideally equipped to lead the significant change that we have started to introduce to the organisation.”