The Karro Food Group, a major UK integrated pig processor and food manufacturer, has been sold by its private equity owners to a Canadian meat packing business, Sofina Foods, subject to regulatory clearances. Financial details are not being disclosed. 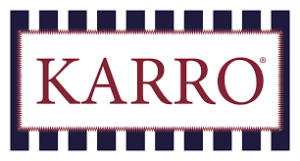 Karro is headquartered at Malton, Yorkshire adjacent to its major facility – the former Malton Bacon Factory – with further plants in Hull, Haverhill and Cookstown in Northern Ireland. It has an integrated 10,500 sow herd in Aberdeenshire and a butchery business in the Republic of Ireland. The company can process up to 50,000 pigs per week across all its facilities.

The Karro business was formed in January 2013 through a management buyout of the former Vion pigmeat assets, backed by the Endless investment fund. Vion, a Dutch co-operative, had acquired the troubled Grampian Country Food Group in 2008.

In 2017, the investment fund CapVest acquired the Karro Food Group and two years later, consolidated it into the Eight Fifty Food Group with four other pig and seafood protein businesses from across Europe. The Group employs some 8,300 people across 23 manufacturing sites.

Sofina Foods, based in Markham, Ontario, manufactures pork, beef, turkey, chicken and fish products for retail and foodservice both in Canada and for export. It has sixteen plants and three hatcheries across Canada and employs around 5,000 people.

The merged company will have over 13,000 employees globally and $6 billion annual revenues. Under its new owner, the Eight Fifty business will continue to be managed by chief executive Di Walker, with the European operations complementing Sofina Food’s existing North American activities.

“We began this journey as a UK-only pork supplier doing less than £500 million in sales and after several years of transformational organic and acquisitive progress are now the European multi-protein specialist with over £2 billion in sales,” says Ms Walker. “This transaction and the interest in Eight Fifty is a great reflection on the quality of the business and testament to the work that CapVest and our entire management team have completed.”

Michael Latifi, founder and executive chairman of Sofina Foods, adds: “As a leading Canadian multi-protein specialist, this acquisition allows Sofina Foods to continue on its path of ambitious expansion. Sofina Foods is one of Canada’s largest food producers and has created a solid global foundation for continued growth over 25 years. The strong brands of Eight Fifty Food Group align perfectly with our prominent brands and our shared future vision.”