The European Union has granted equivalence for UK certified seed of cereal, fodder, beet, vegetable, oil and fibre plants, a move that means seed of these crops can now be exported to EU member states. 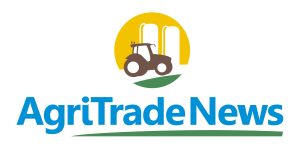 “This long-awaited approval is very welcome, despite coming very late in the season,” says the AIC’s head of seed and arable marketing Catherine Barrett. “Equivalence was confirmed by the Council of the EU and then voted through with a significant majority by the European Parliament on March 8th. However, it took until March 29th for it to be published in the Official Journal of the European Union, and thus give exports the go-ahead.

“It is not all plain sailing for seed exporters,” Ms Barrett warns. “There are a number of new requirements for exporting certified seed to the EU because post-Brexit, the UK is now a third country. While the equivalence of field inspections and maintenance of varieties in the UK has been accepted, the variety will need to be on the EU Common Catalogue and the seed must comply with the EU Plant Health Regulation and the EU Official Controls Regulation.”

Exporters from Great Britain will now need to obtain a Phytosanitary Certificate before exporting a batch of seed. They must also arrange with their EU customer the completion of a Common Health Entry Document for Plant Products (CHED PP) through TRACES (Trade Control and Export System). This is an EU online system used by traders or their agents to provide pre-notification of Sanitary and Phytosanitary (SPS) goods entering the European Union. The seed will also need to be OECD labelled where it is a species in an OECD scheme; be ISTA sampled; and have an Orange International Certificate.

GB exporters have been able to export to Northern Ireland under these terms since February 4th because the Department of Agriculture there allowed an advance recognition of equivalence to make sure the NI market was supplied.

Information on pre-notification requirements can be obtained from the National Plant Protection Organisation (NPPO) of the country of import. A list of all EU NPPOs is available here.