The government’s plans to end the licensing of new intensive badger culls from 2022 and reduce existing cull licenses from five to two years have been attacked by the NFU as unscientific and ineffective on current data. 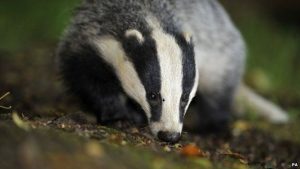 The Defra statement is a response to its eight-week consultation over the bovine TB eradication strategy that was launched in January this year.

The NFU says it cannot support the revised measures, as they go against the science and evidence that show badger culling to be an effective measure to control the spread of bTB alongside other controls.

“This decision clearly ignores the government’s own peer-reviewed evidence in the Downs report that showed badger culling in Gloucestershire reduced bTB incidents by 66%,” notes NFU deputy president Stuart Roberts. “It also ignores its own evidence in its consultation which showed the current strategy, which includes badger controls, delivered reductions in TB incidents in cull areas by 51% after four years.

“This disease continues to have a devastating impact on farming families across the country, causing them huge emotional, mental and financial strain,” Mr Roberts continues.

“The government should be making decisions based on the science and evidence, which clearly shows that badger culling is effective in controlling the spread of this disease. However, the pursuit of unproven and untested methods, such as badger and cattle vaccinations, is irresponsible and could lead to the further spread of this disease at a time when the current strategy is making inroads in tackling it.

“It is apparent from this decision that government has abandoned making policy based on science and evidence. This in itself is a very worrying direction of travel. I want to be very clear – this decision will potentially have far-reaching and severe impacts for cattle farmers across the country,” he concludes.

But the RSPCA supports the government move. “The RSPCA welcomes Defra’s plan to fund a badger vaccination pilot and start cattle vaccination trials this month,” says a spokesman. “We have long argued that the eradication of this disease, which can be catastrophic in beef and dairy herds, requires improvements in cattle testing, and better management of cattle, including vaccination, rather than culling badgers.”