The British Guild of Agricultural Journalists (BGAJ) commissioned ComRes to measure consumer attitudes to food, farming and the environment. The Guild says the findings are timely as the UK and Australia progress towards a free trade deal but adds that it found no change in public sentiment since the last BGAJ survey carried out before a Brexit deal with Europe was agreed.

“The public’s attitude towards food and farming standards remains clear and should serve as a reminder to government that safeguarding agriculture’s world-leading high standards should be a priority as ministers forge ahead with new trade deals,” stresses BGAJ president Baroness Rosie Boycott.

The survey found that 84% of GB adults agreed that government should ensure all imported food meets the same environmental and animal welfare standards as food produced in the UK, with only 2% disagreeing. Almost two-thirds (62%) of the sample agreed that UK farmers should receive taxpayer support to ensure a continued supply of food from British farms post-Brexit, while 10% disagreed. 39% agreed that a UK farmer’s primary purpose is food production rather that environmental work, with 29% disagreeing.

Turning to climate change and technology, 62% of the sample agreed farmers have an important role to play in generating renewable electricity through technologies such as wind turbines and solar panels. Just under half (48%) of GB adults believed that a climate change levy should be charged on food with a higher carbon footprint, with the proceeds used to encourage carbon-friendly farming methods, with 17% disagreeing.

Interestingly, 34% of GB adults agreed that plant-breeding technologies such as genetically modification and the gene-editing of crop plants should be used to grow food in the UK. Just over a quarter (27%) disagreed. But young people aged 18-24 are more likely to agree (46%) with these technologies than any other age group.

Addressing the food retail market, just 24% of the sample agreed that UK farmers receive a fair share of the retail profit on the food that they produce, with 36% disagreeing. 53% of GB adults said they wouldn’t buy food produced to lower animal welfare standards that in the UK, even if it is cheaper. Just 16% would buy on price despite the welfare standards. But it appears the older consumers are more likely to select on animal welfare grounds before price, than younger ones. 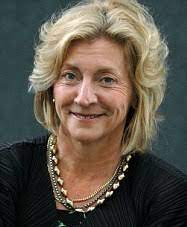 “The work British farmers do to provide high quality food produced to the highest of standards is highly valued by consumers – but they also recognise the contribution our industry can make to the environment and helping the UK achieve its net zero ambitions,” concludes Baroness Boycott.

“The public appreciates the multifaceted work our farmers do on a daily basis and believes our industry still has a pivotal role to play in providing food for the country while safeguarding the environment. We can only hope the government feels the same way.”