Thirteen trade organisations within the Agri-Food Chain Roundtable on Plant Protection have called for an impact assessment of the European Commission’s plan to reduce pesticide usage in the Community by 50%. 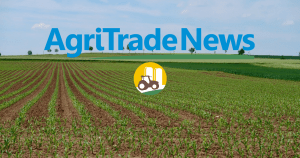 Last month saw the first anniversary of the Commission’s Farm to Fork Strategy towards a more sustainable agriculture in the EU. The Strategy targets a 50% reduction in pesticide usage by 2030, alongside a 20% cut in fertilisers and 50% in the sale of antimicrobial products for livestock and farmed fish. It also envisages 25% of the EU agricultural area being farmed organically b within a decade.

Members of the Roundtable, including grain trade body Coceral, feed manufacturers Fefac and oil processors Fediol, have used the anniversary to send an open letter to the Commission calling for it to carry out a holistic assessment before making any decision over the reduction in pesticide use.

The letter cites reports showing that pesticide use and risk in Europe has decreased sharply over the past 50 years. For example, innovation and has enabled the average application of herbicide active ingredients per hectare to fall by 97% in this time. As new actives have been introduced to the market, so have average dose rates reduced. There are currently less than 470 active substances -including 29 low-risk active substances and 23 basic substances – available in the EU for crop production.
“In the near future, we see ways to do better with less plant protection products by using biocontrol technologies, crop rotation systems, digitalization methods and new genomic techniques,” says Roundtable chair Max Schulman, who represents the Finnish farm body MTK within the EU farm association Copa and Cogeca.

“However, the political objective of the Farm to Fork Strategy in further reducing the use of active substances is a challenge in all the main EU crop enterprises. There is a clear need to carry out a comprehensive assessment of the cumulative economic, social and environmental impacts of the various targets for EU agriculture set out in the Farm to Fork and Biodiversity Strategies before taking any political or binding regulatory decisions.”

The signatories to the open letter call on the Commission for a realistic time frame before taking any legislative decision or making changes in the near future. It says a dialogue is essential, if EU policy makers and the agricultural value chain are to achieve the ambitious Green Deal targets.