National ruminant feed manufacturer NWF Agriculture marks its 150th year in business this week. The Wardle, Cheshire-based business is now the Feeds division of the NWF Group alongside Fuels and Distribution divisions.

NWF Agriculture can trace its history back to the formation of the Cheshire Farmers Supply Association on June 5th 1871. After 47 years, the limited company became a co-operative in 1918, in order to expand its capital base and attract more members to trade with the cooperative.

In 1958, the then Cheshire, Shropshire & North Wales Farmers Supply Association merged with Chester Farmers, with the combined co-operative rebranding as North Western Farmers. This lasted a further 30 years until 1988, when the business returned to limited company status as the NWF Group. A listing on the Alternative Investment Market (AIM) of the London Stock Exchange followed in 1995. 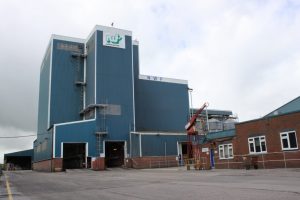 NWF commissioned its Wardle Mill in 1980, then the largest specialist ruminant feed mill in the UK. By July 2003, NWF Agriculture manufactured its two millionth tonne of ruminant feed, with the acquisition of the JGT Thomas business and its Wixland mill in north Devon a year later in Devon. This move gave it a presence across the west of England’s ruminant farming region, with the 2013 purchase of SC Feeds strengthening operations in the heartland of Cheshire, Staffordshire, Shropshire, Derbyshire, North Wales and the surrounding area.

The business next expanded northwards by acquiring Jim Peet Agriculture in 2016, giving it access to farm accounts across Cumbria, Lancashire, Northumberland and the South-West of Scotland. There was a significant investment in mill upgrades to service this business.

In 2015, NWF acquired the ruminant feed manufacturer and nutritional advisory business New Breed (UK) in a move to increase the level of technical support offered with feed products. This was reinforced by the 2019 launch of the NWF Academy, with an 18-month tailored training programme to produce the professional farm advisors of the future, as the British livestock sector evolves to develop a sustainable, profitable model.

NWF Agriculture now operates from five locations in Cumbria, Lancashire, Cheshire and Devon, supplying ruminant feeds and associated products to over 4,500 British farmer customers. It employs over 250 members of staff to make and delivers over 50,000 tonnes of ruminant feed a month, with annual revenues of around £170 million. The latest initiative is the online e-commerce store, Agri Express, opened in 2020 to retail a wide range of livestock products with nationwide delivery.

“We are delighted to celebrate our 150th anniversary,” says NWF Agriculture managing director Andrew Downie. “The company operates in a dynamic industry, with new technologies developed at an ever-increasing rate, offering our business and customers fantastic opportunities to embrace change and progress over the past 150 years. We are proud of our heritage, reputation and standing within the agricultural community. Through continuous investment, the business has grown during the past two decades of industry consolidation.” 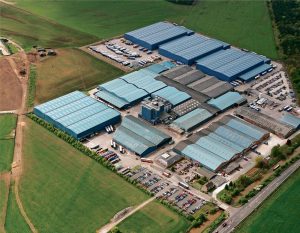 Mr Downie notes that NWF has grown from 50,000 to over 550,000 thousand tonnes of feed volume per year over its development. He points out that there were over 800 feed mills in Great Britain in 1965 and predicts that there will be less than 100 by 2025 – yet in the same period manufactured feed volumes have risen from 3.3 million to 4.3 million tonnes.

“At NWF Agriculture we firmly believe the future growth of this business relies on good people building strong relationships with our customers and adding value through their specialist support. We are embarking on a series of exciting and heavily invested projects to ensure that growth continues to be achieved,” Mr Downie continues.

“We extend our gratitude and thanks to current customers, suppliers and past generations for their support and business over the past 150 years – without them we would not be here. We look forward to continuing to support livestock, farm businesses and families for the next 150 years,” he concludes.