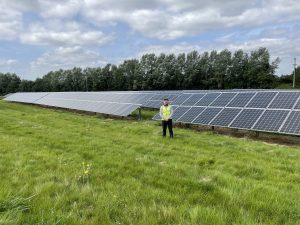 The move follows an AIC board agreement that it will be important for the agri-supply trade association to have a voice on devolved policy in Cardiff, as well as Westminster and Holyrood.

He became head of business for Bayer Crop Science in the UK, Ireland and the Nordic countries in early 2017, retiring from the role three years later after overseeing the integration of the Monsanto acquisition.

“We are delighted to welcome Michael Muncey to the AIC and to take the lead on member representation in Wales,” says AIC chief executive Robert Sheasby. “Michael joins the AIC at a time of seismic change for Welsh agriculture, with post-Brexit agricultural support schemes and environmental policies being set nationally by the Welsh Government.

“Following national and global roles with Bayer Crop Science, Michael will use his extensive industry experience and knowledge to inform and influence policy-makers. We look forward to his joining the AIC team and ensuring AIC member concerns and priorities are understood as agri-food policy is developed in Wales.”