Tim Isaac, previously the knowledge exchange director at AHDB Cereals and Oilseeds, has joined the independent rural consultancy Ceres Rural, where he will carry out consultancy and project work. Ceres was formed by a group of former Strutt & Parker managers earlier this year. 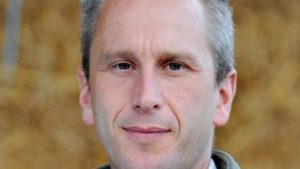 Mr Isaac brings a wealth of experience to his new post, including eight years with the AHDB, where he had an important role in the development of the levy board’s Monitor Farm network and Farm Excellence platform, a spell with the CLA based at its East of England office and work as a farm business consultant.

“The need for independent advice on rural business issues has never been greater,” says Mr Isaac. “Joining a company that focuses on that and works with some of the most forward-looking businesses around is an exciting step.”

Will Gemmill, executive partner at Ceres Rural, adds that Mr Isaac’s appointment will further the company’s ability to make a difference to the future of rural businesses. “Facing such a rapid pace of change, while also coming under environmental and financial pressure, means that important decisions are having to be made by farmers and landowners on a daily basis,” he notes.

“Tim’s enthusiasm for helping to deliver the information and advice that’s required, along with his experience in doing so, makes him the perfect fit for our specialist team.”