Sir Robert Goodwill, Conservative MP for Scarborough and Whitby, has been elected chairman of the influential Environment, Food and Rural Affairs Select Committee of the House of Commons. He succeeds Neil Parish, MP for Tiverton and Honiton who was EFRA chair since 2015, after he was forced to resign his Commons seat earlier this month. 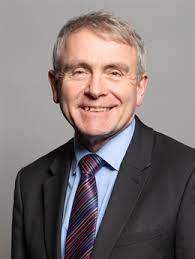 Sir Robert farms near Malton and operates a green burials business on the site. He has a degree in agriculture from Newcastle University and was an active member of the NFU before entering politics.

His first seat was achieved through election as MEP for the Yorks and Humber region in 1999, before securing his present constituency seat in the House of Commons in 2005.

Sir Robert was a junior minister in the Cameron and May administrations. He was moved to DEFRA in March 2019 to replace minister of state George Eustice who had resigned over Mrs May’s Brexit deal, but lost his ministerial role when Johnson became leader.

“I am delighted to have been elected chair of this important Committee,” says Sir Robert. “I hope my experience as a working farmer and as a former agriculture minister will mean I can hit the ground running.”

The unsuccessful candidates for the EFRA chairmanship were: Sir Geoffrey Clifton-Brown, MP for The Cotswolds; Dr Neil Hudson, MP for Penrith and The Border; Anthony Mangnall, MP for Totnes; and Derek Thomas, MP for St Ives.