CF Industries is to close its Ince fertiliser factory near Chester and move the ammonium nitrate volume – but not compound fertiliser – to Billingham on Teesside, following a strategic review of the business. It is also to move much of the UK management operation to the US. The company says the restructure of operations will position the business for long-term profitability and sustainability. 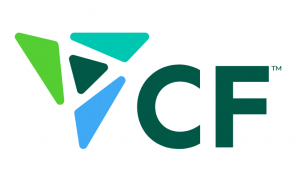 The Ince facility has been closed since September 2021 when US multinational CF Industries shut both its CF Fertilisers UK plants in response to a sharp rise in gas feedstock prices. A government subsidy persuaded it to reopen Billingham a month later, although to secure Co2 supplies for the food and beverage sector rather than fertiliser. The plant is believed to be running at 50% capacity.

The company says Billingham is better positioned for long-term sustainability, since it has sufficient capacity to meet the forecast UK demand for AN fertiliser. The plant is 10-20% more efficient than Ince, has an industrial customer base, and has the facility to import ammonia if needed.

However, CF Industries adds that compound fertilisers made at Ince “have historically made a minimal contribution to gross margin”. It cannot see this situation improving with the significant increases in the price of other nutrient raw materials, such as ammonium sulphate, potash and phosphoric acid.

The company’s strategic review found that CF’s AN sales to UK customers had fallen by almost 30% since the 2017-18 season due to intense competition from lower-cost imports. “As a result, when both UK plants are producing AN even at minimum levels, the company has not been able to profitably sell the entire volume domestically over the last four years. This has caused CF Fertilisers UK to increasingly turn to exporting at unsustainably low margins in order to continue to operate both facilities. As carbon costs continue to increase substantially in the UK, the company expects that its production will be placed at an even larger competitive disadvantage against imports without a carbon border adjustment mechanism to ensure a level playing field.”

At the same time, rising natural gas feedstock prices – some 70% of the cost of producing ammonia – continue to rise. “Natural gas forward curves suggest that nitrogen facilities in the UK and Europe will be the world’s high-cost marginal producers for the foreseeable future, presenting a constant challenge to the sustainability of current operations,” explains the company.

The closure of Ince would include the CF Fertilisers UK corporate offices. It could result in 283 redundancies at the manufacturing facility and 55 management positions. CF Industries would permanently transfer select business activities to its US headquarters, leaving only those functions needed to support the remaining Billingham manufacture and UK business locally. But the Billingham headcount would also be reduced by up to 33 jobs through closing its operations centre, “a legacy of the multiple utilities and chemical businesses across the broader Billingham site” and reorganising the maintenance and support team. Employee and union consultations are underway.

The Billingham site was established by ICI in the 1920s. After dominating UK fertiliser for most of the century, the ICI fertiliser business was acquired by Terra Nitrogen in the mid 1990s and, in turn by CF in 2010. The Ince facility was founded in the 1970s by Shellstar which became UKF and then Kemira GrowHow, which was acquired by Yara.

In 2007, the GrowHow UK business was created as a 50:50 joint venture between Terra and Yara, although the move saw the closure of the former ICI AN plant at Severnside near Bristol to leave just the Ince and Billingham sites. CF acquired the global Terra business in 2010 and bought out Yara’s share of the UK JV in 2015, when it was rebranded as CF Fertilisers UK. CF says it has invested nearly £200 million capital expenditure into its UK manufacturing facilities since 2010.

“The people and facilities that make up CF Fertilisers UK are part of a proud, 100-year history of providing customers in the UK with products vital to the country’s food security and industrial activity,” says CF Fertilisers UK managing director Brett Nightingale. “However, as a high-cost producer in an intensely competitive global industry, we see considerable challenges to long-term sustainability from our current operational approach. Following a strategic review of our business, we believe that the best way to continue our legacy of serving customers in the UK is to operate only the Billingham manufacturing facility moving forward, while addressing cost pressures throughout our business.

“We expect to begin collective redundancy consultation with union and other employee representatives shortly. We intend to provide our team with all possible support through what we recognise will be a very challenging time for them.”