While the government’s Genetic Technology (Precision Breeding) Bill which is currently before Parliament has been welcomed by the agrifood sector, there are concerns that new traceability and risk assessment hurdles could reduce its full benefit. In the worst-case scenario, it could make UK regulation even more onerous than a revised EU regime. 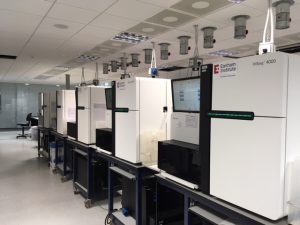 The British Society of Plant Breeders (BSPB) fully supports the government’s ambition to take precision breeding techniques out of the scope of current GMO rules; to align the approach with other non-EU countries; and to give greater access to more precise new breeding methods that have the potential to accelerate progress in crop-related innovation. It also supports the statutory notification process set out in the Bill to confirm the status of a “Precision Bred Organism” (PBO), as well as provision for a public register of PBOs to support transparency and provide the public with information.

However, the BSPB is concerned over Section 3 of the Bill, which gives ministers the power to impose new traceability and food and feed safety risk assessments overseen by the Food Standards Agency (FSA). It argues that this could add unnecessary requirements and costs to the use of these techniques that are either scientifically justified or currently apply to conventionally bred crop varieties. The Society warns that introducing such “GM-style” regulatory hurdles could adversely affect plans for investment in the UK, reducing access to any benefits these new technologies can deliver.

“UK plant breeders have been at the forefront of calls for more science-based regulation of these new breeding technologies, and for Britain to align itself with the rules of other countries such as Canada, Japan, Brazil, Argentina and Australia, which do not treat the products of these techniques as GMOs,” says BSPB chief executive Samantha Brooke.

“The European Union is now moving at pace to update its own regulations, following an April 2021 study by the EU Commission which concluded that the bloc’s GMO regulations are not fit for purpose to cover new precision breeding techniques. Therefore, we are urging MPs to guard against an outcome in which arrangements in England turn out to be more onerous – and less science-based – than in the EU from whose restrictive rules we originally sought to diverge.

“The existing regulatory framework to bring forward a new plant variety, involving at least two years of field trials and performance, genetic stability and quality tests, is robust, proven and fit for purpose. We are calling on MPs to ensure that the Precision Breeding Bill supports equitable access to precision breeding techniques, whether for SMEs, public sector researchers, university spin-outs or large multinational corporations. That means ensuring regulatory requirements are science-based, not ‘just in case’.

“BSPB will also be asking the FSA to clarify, in the context of international scientific opinions from food safety bodies such as EFSA and Health Canada, how plans for a GM-style regulatory process for Precision Bred Organisms aligns with its guiding regulatory principles of proportionality and non-discrimination,” she concludes.

Former BSPB chairman and Euroseeds president Nigel Moore, the global head of business development and strategy for cereals at KWS, goes even further in a paper for the Science for Sustainable Agriculture agrifood chain group. “The government’s hopes of a post-Brexit rush to invest in new genetic technologies such as genome editing could be dashed by the inclusion of scientifically unjustified risk assessments and unnecessary additional hurdles by the FSA – requirements which do not currently apply to conventionally bred crop varieties,” he states.

“The current performance by the FSA in regulating GM feed import dossiers does not inspire confidence that implementation of these provisions would be either light-touch, low-cost or proportionate,” observes Mr Moore.

“The BSPB, AIC, NFU and CropLife UK fully support the stated aim of the Bill to free up these technologies which will help deliver more productive, sustainable and climate friendly agriculture,” he continues. “But there are serious concerns that the inclusion of these additional ‘just in case’ provisions by the FSA, without any scientific justification, will create extra unnecessary costs, regulatory hurdles and business uncertainty which could ultimately block or deter UK-based investment in research and development using these techniques.”

Mr Moore says the UK plant breeding sector is already facing significant additional post-Brexit cost, uncertainty and delay since each new plant variety must now be separately registered for the UK, rather than just once to cover all 28 member states, as well as new onerous import/export and plant health arrangements. Income to plant breeders via seed royalties is relatively inelastic and operating margins are extremely tight.

“Along with others, I will be urging lawmakers in both Houses to follow the science and not create unnecessary barriers to these more precise methods of genetic improvement which will be urgently needed to tackle the looming food security and climate crisis,” Mr Moore concludes.

The full SSA paper can be read here.