The Lincolnshire-based farmers buying group Woldmarsh has appointed Heather Claridge as its chief executive with effect from this month. She succeeds Stuart McKenzie, who is retiring after 14 years as chief executive, although he will be continue to oversee company projects on a part-time basis. 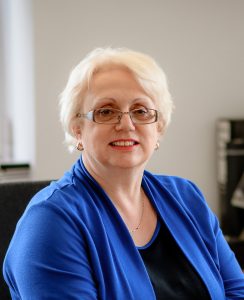 Ms Claridge is the sixth person – and the first female – to hold the post since the co-operative was founded in 1961. She joined the business in 2011 as chief operating officer, becoming managing director of the Woldlink retail fuels subsidiary in 2014. Before that she spent seven years as general manager of the trading office at Anglia Farmers, after working for Dalgety Arable and Midland Shires Farmers.

As chief executive, Ms Claridge will continue to oversee the Woldmarsh fertiliser business, building on her long experience in the sector. She is BASIS and FACTS qualified and a chartered member of the Institute of Procurement and Supply, as well as an examiner for FACTS on viva panels.

“I am acutely aware of the challenges facing UK agriculture and relish the opportunity the role brings,” she comments. “Being appointed the first female CEO of Woldmarsh is not something I take lightly.

“It’s now my time to lead Woldmarsh in a time when Generation Z are about to enter the workforce, as the gig economy expands, and traditional career aspirations are no longer the norm.”