Angela Booth, director of responsibility at AB Agri, has been awarded honorary membership of FEFAC, the European Compound Feed Manufacturers’ Federation. The presentation was made at the recent 67th FEFAC General Assembly in the Netherlands. 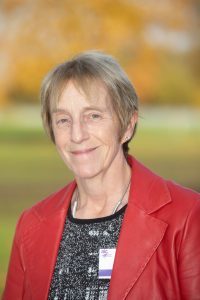 Ms Booth was the first elected chairperson of the FEFAC Sustainability Committee from 2013 – 2018. She is current chair of FEFAC’s Feed Safety Management Committee and also chairs the Agricultural Industries Confederation (AIC) in the UK, and until recently was a member of Defra’s Advisory Committee on Animal Feedingstuffs (ACAF).

On receiving the award, Ms Booth said: “All I ever hope to do through FEFAC and AIC is to benefit our industry in whatever way I can. Receiving this honour was somewhat unexpected but a lovely gesture which I will treasure.”